"OUR E-LIQUIDS ARE MADE IN THE UK,

REGULATED BY THE MHRA

DO NOT CONTAIN THC OR VITAMIN E ACETATE"

"OUR E-LIQUIDS ARE MADE IN THE UK, REGULATED BY THE MHRA (UK GOVERNMENT'S HEALTH BODY) AND

DO NOT CONTAIN THC OR VITAMIN E ACETATE"

"OUR E-LIQUIDS ARE MADE IN THE UK, REGULATED BY THE MHRA

DO NOT CONTAIN THC

Why Have 60 People Died in the US Due To A Vaping Related Disease?

By now the news from the US about the recent deaths from vaping have taken over the UK headlines and are eclipsing the Brexit debate. Unsurprisingly for American news outlets the style of reporting is sensationalist, and there has been a reflexive reaction by the FDA and other US legal bodies on e-cigarettes.

But how did it get to this? What the US is experiencing is the perfect storm – an unregulated e-cigarette industry, introduction of ultra-high nicotine products using Nicotine Salts, open system vaping devices and a blossoming black-market THC market – that has culminated into the current situation. It is important to understand each of these points and why this is not an issue here in the UK if you are vaping a regulated product.

We wanted to get down to the root of the issues that are facing the vaping industry state-side and set your mind at ease about the safety of electronic cigarettes.

What is Happening to the Vaping Industry in the US right now?

In 2019, over 2,000 cases are being investigated and 60 deaths have been attributed to a lung disease linked to vaping THC chemicals and other black-market chemicals.

The illness is known as Acute Respiratory Distress Syndrome, or ARDS and this occurs when a person's lungs fill with liquid as a reaction to exposure to certain chemicals that have been found in black-market e-liquids.

Some of the symptoms of ARDS include: Shortness of breath, Fever, Coughing, Vomiting, Diarrhoea, Headaches, Dizziness and Chest pain.

As a result of the outbreak of cases, the CDC (Center for Disease Control and Prevention) are suggesting consumers not use e-cigarettes until they can understand the correlating factors that connect all the reported cases.

Beyond this, President Trump has escalated the time frame to ban all flavoured e-liquids and e-cigarettes due to fears about the outbreak of ARDS and the growing concern of vaping by teenagers.

And teenage vaping is a concern in the US where they have been plagued with one of the highest rates of youth vaping in the world. According to the New York State Department of Health, over 40% of Grade 12 students (17-18 year olds) and 27% of high school students are now regular e-cigarette users.

What Is the Underlying Cause of the ARDS Cases?

According to CNN, there are 2 main factors that seem to be in most reported cases – the patients have used an e-liquid with added THC (the psychoactive chemical found in marijuana) and added vitamin E acetate oil. Vitamin E Acetate is an oil-based thickening agent that is used in some e-liquid which allows the addition of THC and other additives.

The Governor of New York Andrew M. Cuomo instructed the New York State Department of Health to focus the investigation on three companies who are marketing and selling these “thickening agents” used in these black-market e-liquids. He has also instructed vaping shops to post signage on the dangers of vaping.

Of the 41 reports of severe pulmonary illness cases in New York State, all of the patients were found to have used an e-liquid that contained both THC and presumably would also have contained the vitamin E acetate.

While the investigation is still ongoing, the initial analysis is that the vitamin E acetate, which is a nutritional supplement that is normally ingested or applied to the skin, is causing issues in the lungs when it is vapourized due to the oil-like properties. Additionally, very high levels of this vitamin E acetate have been found in many THC-containing e-liquids in the US.

Unregulated E-Cigarette Industry in the USA

In the UK and Europe, the e-cigarette industry went through a period of regulation that was designed to prevent the kind of situation the US is experiencing. Some of the regulations that we have on this side of the pond include:

Because of these tight regulations and testing, the UK and EU haven't had the same issues as the US as all our e liquids have to be tested and proven to be safe to the UK health bodies before they can be sold.

As well, the UK has a dramatically lower level of underage e-cigarette use – below 2% - because of the age restrictions on the sale of e-cigarettes and vaping products.

At present, the US still does not have such tight regulations on what e-liquids are being sold or the type of vaping devices that can be purchased compared to the UK and Europe.

The unregulated nature of the US e-cigarette industry doesn’t just help create a market for these black-market e-liquids that are hurting so many people, it is also letting teenagers get addicted to nicotine.

With the introduction of ultra-high nicotine concentrations and without the same age restrictions found in the UK, an astronomical number of teens and underage kids have been exposed to and continue to have access to vaping products.

In the US, the most popular brand on the market gained its wide-spread popularity by selling 5.0% or 50mg nicotine e-cigarettes. This is 2.5 times higher than the legal limit in the UK and Europe.

It also lets people who aren’t regular smokers vape without feeling the throat hit, so making it harder to realise how much nicotine they are taking in.

So with the introduction of ultra-high nicotine products and the use of Nic Salts has created the dangerous situation in the US where non-smokers and teens are starting to vape for social reasons but do not realise the amount of nicotine they are consuming is getting them hooked. Without similar restrictions that the UK has, US regulators are now trying to rectify a major situation that could have been prevented.

What Are The Dangers of Open System Vaping Devices

The amount of teenagers using nicotine in the US is obviously terrible, and an issue that needs to be tackled, but the more immediate issue is people getting sick from black market e-liquid containing THC and Vitamin E Acetate. In almost all of these cases, open system devices were being used.

There are 2 types of vaping devices – Open Systems and Closed Systems. Open systems, mods or vapourizers allow consumers to fill their devices with e-liquids themselves.

Closed Systems on the other hand use pre-filled cartomizers or pods which contain e-liquids provided by the manufacturer. The advantage of Closed Systems is the products will all be tested and the e-liquids proven to be safe before they are sold (provided that the manufacturers comply with the relevant laws). As the system is closed they can’t be tampered with, you always know what you are getting. This is the style that we sell at SMOKO and all of our e-liquids are 3rd party tested and registered with the MHRA (Medicines and Healthcare Products Regulatory Agency) in the UK.

None of this though is necessarily true with open systems. There are 2 problems with Open System vaping devices in our opinion.

The first issue is many of these open systems have the ability to adjust the voltage and power output. Consumers can adjust the output from 20 watts up to 250 watts of power on these devices. Doing so creates incredible amounts of vapour that is forced into your lungs and is referred to as straight to lung. Imagine being able to turn up the power of a cigarette and getting 10x, 20x and even 50x the amount of nicotine and other chemicals!

The second issue with the Open Systems is that consumers are able to add any e-liquid and ingredients into the tank and vape them. In an ideal world where all e-liquids were controlled and you could only use regulated ingredients, this would not be a problem. However, adding additional ingredients like THC and other drugs or ingredients means that from a public safety point of view, a consumer could literally put anything into their device and vape it.

And this is what seems to be happening in the US at the moment. Consumers are using variable voltage open systems which can use untested and unregulated e-liquids and ingredients and are vaping these black-market mixes at dangerously high levels.

Should the United States Ban Vaping?

In our opinion, it is not closed system e-cigarettes that are the problem. Closed systems have been designed to deliver a consistent and reasonable amount of vapour to provide enough nicotine to mimic a cigarette.

The problem stems from the use of e-liquids that contain untested and unsafe ingredients like THC and Vitamin E Acetate which are sold on the black market and the open system vaping devices that allow this.

E-Cigarettes made by responsible companies like SMOKO who comply with the laws and follow reasonable and ethical business practices and have helped people around the world kick the cigarette habit. Our company alone have prevented over 200,000,000 cigarettes from being consumed since we started.

Our sympathies go out to the friends and families of the victims in the US who have been affected by these black-market e-liquids. It’s important to remember these victims, but perhaps the media and the regulators should also recognize the number of people who are dying from cigarettes every day as well.

Over 400,000 people die every year in the US from smoking related diseases. That is approximately 1,100 people who will die today and every day because of smoking.

In the last week since the “vaping epidemic” has occurred, over 7,700 people would have died due to smoking. And for every 1 death due to smoking related diseases, another 30 people are being treated in hospital as a direct result of smoking.

If the headlines on the BBC or CNN said “33,000 people died in the US in August because of Cigarettes”, or “Over 990,000 patients treated for smoking related diseases last month”, the US Regulators might start to address the smoking epidemic with equal vigour and tenacity as they are with vaping.

DUE TO SMOKING CIGARETTES”

What has happened to the innocent consumers in the US from vaping black-market e-liquids containing THC and vitamin E acetate is tragic. But proposing that people stop using all e-cigarettes is not the advice that the CDC, FDA and other medical health groups in the US should be suggesting.

Not only does this kind of knee-jerk reaction punish the million of e-cigarette users in the US who are responsibly using e-cigs to quit smoking, but it will push those who need an e-cigarette to keep themselves off cigarettes to the black market where this problem first started! It won’t solve this issue, it will just force it underground.

What the US Regulators should be suggesting to consumers is: 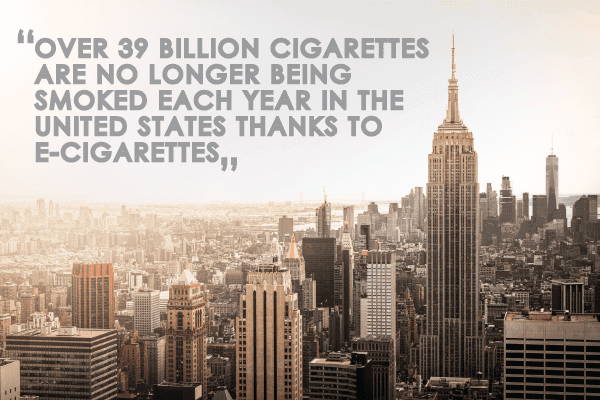 If you have any questions about the e-liquids you are using, how to safely use your vaping device or want to know more about SMOKO, feel free to contact us and we will be happy to help!

WHAT ARE YOU LOOKING FOR?

Do you want to add products to your personal account?